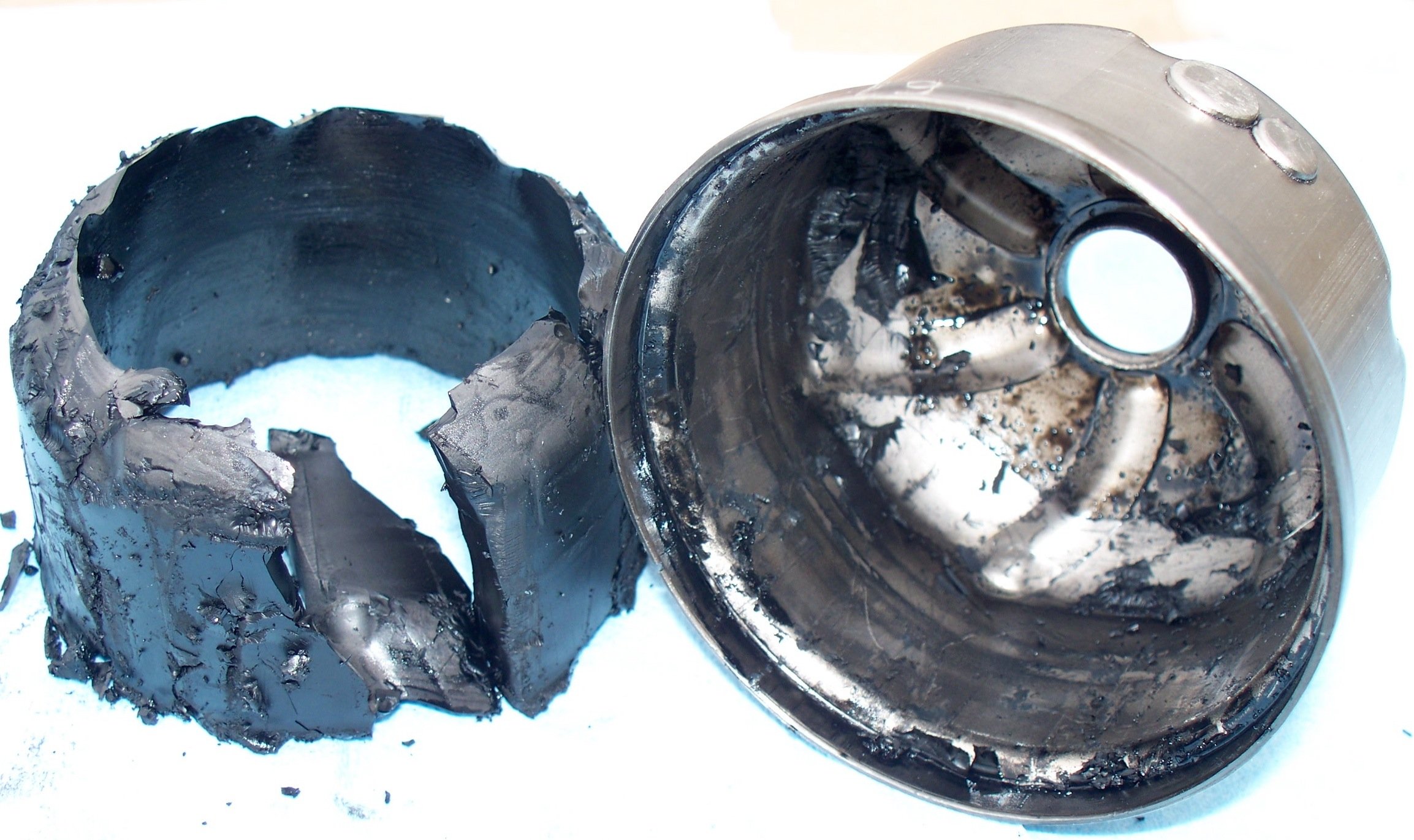 The pressure from your engine spins the centrifuge removing particles as small as 1 micron or less.

Your standard oil filter doe not catch most of this soot! Today’s engines have what is called a full-flow oil filter. These filters generally filter to 25 microns. Two things that you may not know are: (1) A 25 micron filter is only 80% effective, meaning 20% of particles larger than 25 microns are NOT held in the filter and go out to wear out your engine. (2)The other point is that the average oil film thickness between components in your engine is 5 to 20 microns. According to the SAE, particles as small as 4 microns can cause up to 77% of engine wear.

The Dieselcraft Centrifuges cleans engine oil by generating a centrifugal force which is 2,000 times greater than gravity. Engine oil pressure spins the rotor at 6,000 rpm’s. That force separates the solid contaminates from the main oil supply while slinging the solids to the inside walls of the rotor, which is easily cleaned. Contaminant particles less than 1 micron are removed, eliminating the wear and tear on close tolerance metal parts by at least 50%.

The Dieselcraft centrifuges remove dirt and wear particles from the oil flow altogether and remains constant, whereas filters take out solids and hold them from circulating further, but plug, reduce oil flow, and eventually reach the point of not working.

In engine applications, oil change intervals using conventional oil can be extended to two if not three times. With synthetic oils, oil changes can be extended over 40,000 miles or 750 hours. Replacement filters and disposal costs are also greatly reduced.

Contact us to determine what size centrifuge is needed for your engines.

I replaced my oil and oil filter at the time of the oil centrifuge installation.I was starting with clean oil and new oil filter. After about 6000 miles, I cleaned this unit and was AMAZED at what I took out. I scraped and peeled out a 1/8″ rubbery black goop from the oil centrifuge.
What I have found just by my seat of the pants assessments are as follows; On this last 6000 mile trip out west I averaged about 1 mpg better [at just over 9 mpg] than I ever have before. Usually on long trips I am around 8 mpg on average. This trip, on several tanks I got over 10 mpg when I had a good tail wind. I have never got this before. My cruising speed stays constant at about 63 mph and about 1750 rpm with the 16R20’s I am running.
I have also not used any oil in the last 6000 miles – checked it a few days ago. The oil is actually cleaner too – ordinarily I would have to wash the oil of my hands in order to clean the black soot off. Now I can just wipe my hands with a paper shop rag and that takes the oil and soot off my hand, so my impression is there is far lower soot concentration in the oil – which is good for the engine.

Centrifuge cleaning of most non-flammable waste and process liquids, from waste water to algae to bio-fuels to engine applications. For longer use, recycling or disposal.